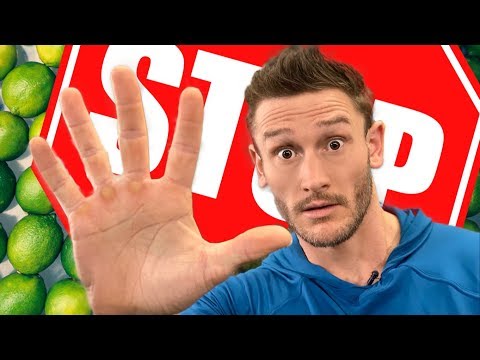 Frankly, I haven’t been wanting to go to the store as much with everything happening, so I’ve been getting more of my greens in through Athletic Greens. It’s kind of my insurance policy for getting my veggies in and I’ve noticed a legitimate difference since adding it in. Highly recommend you give it a serious try during your eating window.

Get my Free Newsletter and Downloadable Cheatsheets (eating out, travel, etc): //www.thomasdelauer.com/life-optimization-tactics/
THIS is What Fasting Does to Your Immune System (Please Use Caution Right Now) – Thomas DeLauer

Our immune system is dependent on two lines of protection. The first (innate) line involves cells like monocytes, neutrophils and killer T cell. These cells are effective killers, but they lack specificity. On contrary adaptive immune cells, T cells and B cells, have special receptors embedded in their membranes which allow them to specifically bind to a given pathogen and match the response effectively. Same as all other cells in the body, immune cells need energy, therefore it could be argued that not providing your immune cells with energy might weaken you.

Such a mechanism is suggested by a study published in the journal Cell. Researchers reported that fasting is reducing levels of circulating monocytes. Monocytes are part of the immune system and very potent inducers of inflammation. This mechanism was facilitated via the AMPK pathway which acts as an energy sensor as it is activated by an increased amount of ADP which indicates a shortage of energy characteristic for fasting. AMPK pathway then triggers the PPAR pathway. This is a well-known pathway in the fasting community as it regulates a number of genes involved in fat utilization. In this context, PPAR also has an effect on mobilization of monocytes outside of bone marrow (BM) because it halts the release of monocytes outside of bone marrow where a substantial part of all our immune cells are is generated. This reduction of circulating monocytes is certainly good news for someone fighting low-grade chronic inflammation, but it can also compromise our ability to fight acute infection.

The mechanism of viral infection is different. Unlike bacteria, the virus injects its genetic material inside the infected cell and induces Endoplasmic Reticulum Stress. In here, the blockage of glucose further worsens the ER stress and leads to tissue dysfunction. They further investigated the effect of ketones by creating mice deficient in PPAR which stimulates ketogenesis.

A study published in Frontiers in Neuroscience examined if intermittent fasting (IF) influence cytokine levels during infection. It was found that the injection of viral particles after intermittent fasting resulted in a significant increase in circulating levels of cytokines and worsened the immune response. These results suggest that IF exacerbates the response to viral infection and coincides with previously shown research where low glucose levels were reported to compromise the ability to fight viral infection.

From the aforementioned studies, it seems like fasting is not making our immune any stronger when it comes to viral infections. On the other hand, the effect of ketones in fighting bacterial infection is beneficial. Now we will show that fasting possesses the ability to remodel our immune system.

In a study published in Stem Cell, they reported that 3-day fast reduces the number of white blood cells by 28%. However, during refeeding, the levels are restored. This means that the pool of your white blood cells (WBC) is renewed which itself brings benefit. Majority of immune cells are produced in bone marrow from haematopoietic stem cells (HSC). It was found that the switch from carbohydrates towards fat and ketone metabolism stimulates the production of new WBC. Mainly because the insulin growth factor 1 pathway is suppressed during fasting.

Fasting is not a one-time, quick immune stimulator. All the beneficial effects are also observed after refeeding. During the fast itself, the immunity might be compromised, especially in fasts longer than 24 hours.

How to do Intermittent Fasting: Complete Guide: //www.youtube.com/watch?v=LLVf3d0rqqY&t=315s